Travel planning for schools and businesses 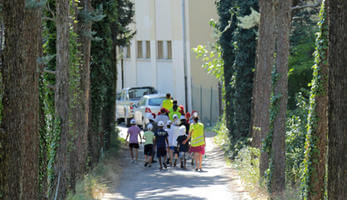 Brescia has promoted a culture of sustainable mobility and increased the share of sustainable modes of transport by developing the Home to Work and Home to School commuting plans to influence the travel behaviour of employees, school children and parents.

Spreading the culture of sustainable mobility is crucial for reducing the use of private cars, and mobility management can play an important role to this effect. In this context current initiatives implemented in Brescia were launched according to a systematic approach and coherent vision that promote sustainable mobility.

The Area Mobility Manager of the Municipality of Brescia launched several activities to implement the measure. This included the following:

According to the surveys, the number of people driving alone increased, revealing that the average occupancy went from 1.27 in 2010 to 1.23 in 2012. However, at the same time people who shared their car (spontaneous car-pooling) carried a higher number of passengers during the home to work trips. The average occupancy in spontaneous car-pooling went from 2.15 in 2010 to 2.28 in 2012.

With respect to the modal split of home-to-work trips, the number of people using local public transport and non-motorised means of transport (train, urban and suburban busses, biking, walking) significantly increased from 8.49% in 2010 to 14.66% in 2012, notwithstanding the slight increase registered by the use of cars. The use of powered two-wheel vehicles decreased from 2.60% in 2010 to 2.24% in 2012, and an increasing number of methane gas powered vehicles has been recorded.

Car-pooling trials at the Tridentina School were also investigated, through a cost-benefit analysis. The results showed that the initial investment cost for the car-pooling experiment (EUR 19,950) can be recovered in 15 years, thanks to the benefits associated to savings in fuel and emissions, and only if the total mileage covered by the car-pooling service will be at least 134,572 km. This means that the car-pooling trial in Brescia, characterised by a small number of km covered in 2011 (1,647 km), should increase in mileage covered over the next 15 years by 21.5% per year in order to cover 25,169 km in 2025 and reach the cumulative target of 134,572 km in 15 years.

Several important considerations emerged after the measure implementation. The behavioural change in the citizens’ lifestyle patterns is a complicated issue and mobility management actions do not significantly affect travel habits, especially in the short term. The Home to Work Travel surveys investigated mobility habits of companies, revealing positive results in terms of switch toward more sustainable means of transport. However this cannot be attributed only to the actions performed by the measure, as the general period of economic crisis experienced in Italy favoured mass transport solutions and those that involved less expensive fuel costs for vehicles. The availability of mobility management actions (such as economic incentives for the purchase of clean vehicles or the promotion of collective transport services) are particularly important in times of economic crisis, when people's mobility habits tend to favour a more sustainable model.

Although the car-pooling experiment was conducted in line with the measure's objectives, it did not achieve the intended results in the way it was conceived, leading to its failure. At the same time, a more spontaneous way of car-pooling was observed in Brescia, suggesting that alternative solutions for the car-pooling initiative could be found.

At the end of this particular CIVITAS initiative the number of tagged bikes did not reach the expected objective, despite a slightly increasing trend during the project. This could be attributed to different reasons, such the ineffectiveness of the proposed solution or to weak promotion.

There are plans to keep the bike tagging initiative alive in the future by identifying the best way to promote it. In parallel, the Home to Work Travel Plans will also be updated on a regular basis. 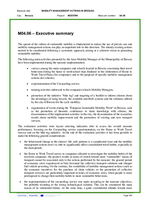