Reducing traffic speeds and car use 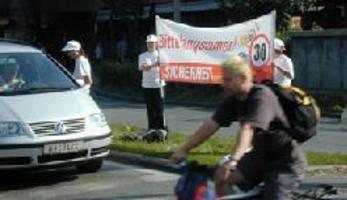 By lowering speed limits and introducing speed control devices, Graz is making its roads safer for both drivers and pedestrians.

Passenger cars represent the main risk to pedestrians and cyclists. The city of Graz therefore aimed to improve traffic safety by reducing speeds and by raising awareness of the benefits of decreasing car use in favour of more sustainable modes.

Prior to the implementation of this measure, Graz had 30km/hour speed limits on all streets in the city centre apart from streets with the right of way, on which cars were still permitted to go at 50 km/hour. Within the TRENDSETTER project, the speed limit on these streets was reviewed and they were incorporated into the 30km/hour network.

In order to enforce the new speed limits, 13 new devices were installed along the roads that show drivers their current speed. The devices are moved around each month among 130 specially prepared locations in particularly sensitive areas (e.g. near schools). Evaluations show that automatic feedback helps to keep cars within the speed limit.

By the end of measure implementation, 80 percent of all roads in the city centre belonged to the 30 km/hour zone. This has contributed to a big reduction in accidents and noise levels, and to better coexistence between cars, pedestrians and cyclists.

While car-free day remained a valuable awareness-raising tool for the city, the concept behind it was changed to avoid the negative image of a forced shift in transport mode. Rather than closing down large areas of the city centre, in 2004 only sections of streets were closed temporarily. 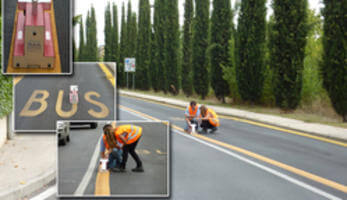 The Global status report on road safety published by the World Health Organisation in 2009, states that more than 1.2 million people die on the world’s roads every...