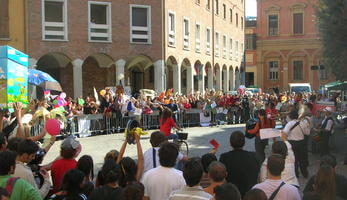 Bologna has made great efforts to raise awareness of and increase cooperation with citizens and stakeholders on sustainable urban mobility policy planning. Bologna wants to make this cooperation more effective.

Bologna is aware that tackling traffic problems, pollution and other urban mobility issues will only be successful if citizens are well informed and engaged. The city will try innovative ways to involve citizens and stakeholders. It will not limit itself to the dissemination of information but wants to see citizens as active participants in the development of urban mobility planning.

Before CIVITAS MIMOSA, Bologna had already made efforts to involve citizens. In June 2006, the city introduced an initiative called “Bologna, a changing city”. Citizens and stakeholders were invited to discuss and improve the initiatives foreseen in the plan. Citizens, representatives from stakeholders such as trade unions and NGOs, and technical experts had the opportunity to share ideas, make proposals and debate with municipal technicians about new regulations and traffic restrictions. Based on these inputs, the Urban Traffic Master Plan was approved in 2007.

Encouraged by these good experiences, Bologna wanted to advance its collaboration with citizens and stakeholders on urban mobility planning through new modalities. The city planned a campaign to raise awareness on the impacts of traffic on health, energy efficiency and safety with the goal to change citizens’ travel choices. The campaign was based on research into new communication forms and channels. An editorial project worked on a new approach to tackle urban mobility challenges. Key elements of the campaign are the promotion of urban cycling, public transport, car sharing and car pooling. While the campaign aimed to reach all citizens, pupils and university students will specifically be targeted. Dissemination material included leaflets, brochures, CDs and DVDs. Bologna aimed to create a community to promote sustainable transport choices.  A website was planned to foster participation, exchange of experiences and information on existing cycling routes and make suggestions for improvements.

Implementing the measure, Bologna organised and managed a set of public events to involve citizens and stakeholders in the strategy for a better mobility in the city.

On 3 and 4 December 2011 the Municipality of Bologna organized a second experimental edition of the T-Days in the city  historical centre. The second “extraordinary opening” of Bologna’s T-crossing to cyclists and pedestrians took place in coincidence with the start of the participatory process on the municipal pedestrianization plan, aimed at collecting proposals and opinions from all stakeholders. Despite the lower temperature compared to the previous action realized in September, also during the second T-days event citizens, families with their children on bikes and tourists cheerfully invaded Bologna’s historical centre enjoying the freedom to walk and cycle in safety in traffic-free streets. Maps titled “Less traffic, more city” (which outline the measures undertaken by the Municipality to reduce private motorized traffic) and “The whole city belongs to me” (dedicated to urban cycling) were distributed together with materials elaborated by the citizens who had participated to the contest launched during the first T-days event. Given the success of the first two editions, since 12th of May 2012 T-Days have become a permanent provision. During European Mobility Week 2012, from Sunday 16 September to Saturday 22 sport, institutional and cultural events and initiatives were organized in cooperation with associations. They included bike tours, the inauguration of a bike path, bottom-up participatory planning laboratories, conferences, readings on cycling and the bicycle in poetry and literature, free courses on bike repairing and safe cycling, play games on recycling reserved to children. The French film “The boy and the Bicycle” was  projected within a video non-stop show dedicated to the bike. Furthermore, new services and activities linked up to MIMOSA project were presented to citizens. On Friday 21 September an experience-exchange meeting among citizens, elected people and officers, at the presence of Bologna vice Mayor for mobility Andrea Colombo, focused on sustainable access modes to Bologna’s historical center. On 22 September, Andrea Colombo introduced the new call for tender to promote electro-mobility and electro-vehicles. On the same day the traditional “bike auction”, was held to fight bicycle thefts. During the whole week, from 9 a.m to 18 p.m., an Info-point on sustainable urban mobility was activated by the Municipality of Bologna in cooperation with the Emilia-Romagna Region and Public Transport companies SRM and TPER. Several private companies organized an exhibition of public and private electro-vehicles and a presentation of projects on electro-mobility. Research activity, performed through surveys and meetings, has also been carried out, aiming to finetune the communication strategy to better inform and involve citizens and stakeholders. For this purpose activities were implemented to share both good practices with other CIVITAS cities and MIMOSA partners, and the experiences and suggestions by INTERACTIONS and ICLEI/VANGUARD. Furthermore, a specific training Course on ITS, organized by ICLEI-VANGUARD, was hosted by the Municipality of Bologna on the 14th and the 15th of December 2011. News, newsletters and reports on the above mentioned communication activities were realized to disseminate, on European and local level, the events carried out and the progressing measures’ state-of-the-art.

In measure designing, Bologna expected to bring an increased level of involvement of citizens in urban mobility planning and a change in people’s lifestyle towards more sustainable mobility habits. As a result of its engagement, Bologna won the European Mobility Week Award 2011. The EMW prize is awarded by an independent panel of transport experts to the Local Authority which is judged to have done the most to raise public awareness of sustainable mobility issues and implement measures to achieve a shift towards sustainable urban transport. A survey carried out in 2011 revealed that all MIMOSA measures have received the public’s approval in Bologna. The Measures that most affected mobility habits and residents’ lifestyles, namely measure 3.1, which introduced road pricing policies and the automatic monitoring of the Limited Traffic Zone, measure 3.3, which introduced  restrictions to pedestrian areas, and Measures 8.5 and 8.2, which introduced automatic enforcements for traffic infringements, received the highest level of  disapproval.

The key results of the measure impact evaluation are as follows: - an increase in interactions with residents through all different means of contact, - up to 3,000 participants in each European Mobility week, - a dramatic increase in people’s awareness of CIVITAS MIMOSA initiatives aimed at improving sustainable mobility issues. The increased involvement and active participation of residents cannot be fully shown by the indicator results. It might be argued that residents’ participation increased, considering the number of contacts received by the Municipality and the active participation in events (e.g. European Mobility Week). However, from the impact evaluation it is difficult to demonstrate the level of their direct involvement and whether they contributed to municipality policies. This can only be deduced from the web page for cycling events, where the active contribution of cycling associations can be seen. 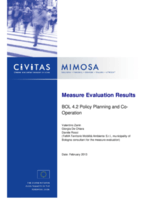 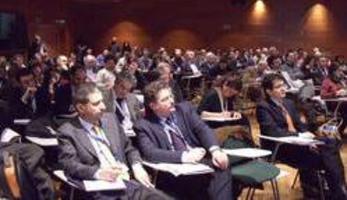 The city of Bologna hosted the 10th National Conference on Mobility Management, in February. The conference was successful in terms of the number of participants,...