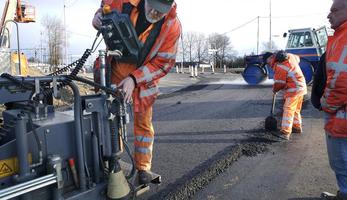 Utrecht has been implementing extensive infrastructural adaptations and will continue to do so over the coming years in the city of Utrecht. In response, the city wanted to communicate expected impacts and encourage alternative travel choices.

Due to road works the Municipality of Utrecht and the national highways authority expected a lot of disruption, traffic delays and a decrease in the accessibility of Utrecht. Private businesses also acknowledged this situation and saw the necessity to act. To limit the negative impacts on the traffic flows, a unique public/private cooperation was set up with the Municipality of Utrecht, the National highways authority (Rijkswaterstaat), the Utrecht Regional Authority (BRU), the Province of Utrecht, the Mid Netherlands Chamber of Commerce and VNO-NCW Utrecht (employers’ organisations). This cooperation was organised as a foundation called 'Stichting Utrecht Bereikbaar' (Foundation Utrecht Accessible). This cooperation extends into the following areas: information and dialogue in the fields of planning of public building activities and dynamic traffic management and also making arrangements in the field of city goods distribution, construction logistics and communication.

The specific objectives of the measure ‘Hinder planning and Communication’ were to make citizens and road users aware of the road works and the expected disruption to the traffic in and around Utrecht in order to: achieve a situation in which citizens and road users are satisfied with the information about the road works and delays in and around Utrecht and reduce the amount of cars on the roads during peak hours.
Stichting Utrecht Bereikbaar implemented different measures to influence mobility, which included: the Utrecht Bereikbaar Pass (UTR measure #4.1), rewarding travellers for avoiding rush hour (UTR #4.3), and communications. These three measures form a bundle within CIVITAS MIMOSA. All have the objective to limit the negative impacts on traffic flows during the major road works in and around Utrecht, reduce the traffic disruption and therefore improve air quality.
In the R&D phase of this measure, a pilot project on communication regarding disruption by two large road construction projects was carried out. Based on these experiences, different levels and types of traffic disruption have been defined and a coherent communication approach for each level/type formulated. This resulted in a ‘Manual for Communication on Road Works and Events’: a practical tool that can be used to enable putting communication into a project and implementing it.

In earlier days the different infrastructure authorities worked and communicated their own projects. Within the city of Utrecht the communication about accessibility and traffic disruption was done by five different departments of the city, as well as by institutions such as the Province and the National Road Authorities. The target audience received information from (too) many information channels which was not effective or cost efficient. So the innovation of this measure lies within the fact that the communication is consistent and standardised. Detailed synchronisation of the planning of road work activities was necessary. One brand has been developed that was used in all communication about the road works. Furthermore there was one sender (Utrecht Bereikbaar) that communicated all the different road works instead of a different sender for each of the individual road works. To the press and media there was only one joint spokesman. Special communication channels have been developed for joint communication. After which activities have been undertaken by the Chamber of Commerce (KVK) in cooperation with the partners of Utrecht Bereikbaar.

An on-line survey was conducted in November 2010 among a sample of three target groups: residents, commuters and students. Participants were asked questions like "which communicators do you know?" and "how satisfied are you about the communication on road works?” 421 respondents completed the questionnaire. This resulted in a ‘Manual for Communication on Road Works and Events’: a practical tool that can be used to tailor communications for a project and implementing it. A Network Team was set up including (large and medium-sized) municipalities surrounding Utrecht, the Province and the Ministry of Transport. This team coordinates the planning of road works in a wider area (provincial level), including corresponding mobility management measures.
Barriers and drivers were encountered during the implementation of the measure. Two main barriers were the political change and change of department responsibility within the municipality, which occurred during the realization of the measure, and late delivery of information did not leave enough time for proper communication. The main drivers were defined as: the measure was part of the Air Quality action plan of Utrecht, a political ambition was expressed to widen the concept to provincial level and to drive the measure in the long-term, and the extension of the Accessible Utrecht Public Transport Pass (UTR #4.1), which was a measure closely related to this one, contributed to strengthening the dissemination of information.

The impact of the measure was evaluated by an online survey to measure awareness, understanding and satisfaction about communication. Besides that, trafficflows were counted. Four key results emerged from the evaluation of the measure. Firstly, a clear communication strategy was developed and implemented. The strategy was based on a standardized approach and Stichting Utrecht Bereikbaar was selected as the single body responsible for the information dissemination on behalf of public/private partnership. The communication worked and is now upscaled to the Province level.

Secondly, the research showed that awareness of road works is high, 65% of survey respondents know when road works commence in their neighbourhood, 47% on the highways and 22% elsewhere in the city of Utrecht, regardless of whether they are affected by the road works or not. Understanding of disruption during road works is high, less than 10% of the respondents do not understand or accept disruption during road works. The research also showed that respondents change their travel behaviour if they are aware of road works and disruption (91% would).
Thirdly, traffic counts show that the number of cars on the main roads in to the city centre increased compared to the situation in 2006. However this was expected, as traffic grows every year. For Business-as-Usual (BaU) a growth of 1.5% was expected each year. Nonetheless, compared to the BaU 1,200 less vehicles (4% less than BaU) were counted during peak hours on main roads in to the Utrecht city centre. As this measure is bundled with two more measures  it is difficult to say what the precise impact of this measure was. Nevertheless, this MIMOSA measure enabled the implementation of a communication tool for the monitoring and management of traffic changes due to infrastructure working.
The initial plan foresaw a focus on communications of the disruption in Utrecht West but was upscaled at an early stage of the measure to the entire Utrecht region. Additionally, the strategy and developed manual has been upscaled from regional level to provincial level, a communication plan is being made for this. The city of Utrecht has made the manual accessible for involved parties, such as energy and gas companies. In case their work disrupts traffic, it will be a condition in their licence to communicate according to the Utrecht manual.
Several recommendations can be based upon from Utrecht’s experience:
-  building a sustainable collaboration between the stakeholders involved: the setting of one common budget creates commitment between organisations and close cooperation between involved communications departments. To ensure a long-term and successful cooperation, efforts invested in relationships and networks are crucial. Nevertheless, building  working cooperation takes time: decision-making process, contracts’ negotiation, promoting the service and to 'sell' the products are energy and time consuming.
- keep a good record of decisions and history: to cope with changes in politics and stakeholder staff
- conduct in depth-surveys: they provide valuable information and are necessary for monitoring use and effects and helping to think from the viewpoint of the communication recipient.

One of the key-factors of success in Utrecht was the definition of a unique brand for the entire communication.