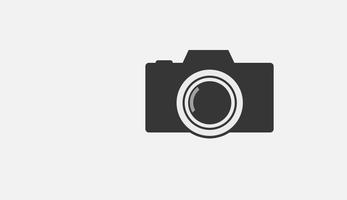 The measure was aimed at creating an innovative and secure contactless, online public transport ticketing system.

The measure was aimed at testing a new modern electronic online ticketing system for all types of public transport (PT) tickets and time-based cards. The system consists of contactless cards, ticket registering validating machines (validator) at all PT vehicle entrances, printing devices by driver for 1-hour paper tickets, control devices, central server of the system and modems for connecting central server with PT vehicles. The measure was about finding a modern and optimal solution for Tallinn, procurement of necessary equipment and implementation of the system. The new ticketing system aimed at:

• Increasing the passenger convenience providing a maximum possible number of channels for ticket purchase and easy possibilities for trip validation; • Introducing a number of combined-service and multi-journey tickets;

Passengers have to register at the beginning of their trip using their personal contactless card when entering the PT vehicle. This gives transport planners information on trip origins and destinations (by registering the return trip of the same anonymous passenger ID), as well as the usage of particular lines. The information is the most important input for optimizing the PT network and individual PT lines. The benefit for the users of PT is a wider and more flexible fare system with more options for combining different public transport modes and services. The validator is also capable of communicating with Near Field Communication (NFC) compatible devices (such as mobile phones) and this facility is under development to be implemented in the near future. This means that users do not need an additional contactless card but can register their trip with a NFC compatible mobile phone. Some scholar and student contactless cards issued in the last few years are compatible with the new PT validating system. These cards can be used for validating on PT already from beginning of the implementation of the system.

The measure was implemented in the following stages:

Stage 4: Dissemination campaign (March 2012 – September 2012) – designing of the posters and stickers for bus shelters and inside vehicles, design of a special campaign bus, press conferences and interviews for newspapers, radio stations and TV channels, awareness campaigns in different city districts.

Stage 5: Public testing of the system (August 2012 – December 2012) – The system was installed in all public vehicles but was not compulsory for passengers

Stage 6: Full scale use (January 2012 - ) – The new ticketing system and validating became compulsory except for ID-card based tickets users until March 2013. The innovative aspects of the measure are: • Use of new technology - The contactless ticketing system enables full scale trip data collection based on user registration on entry to the vehicle. Data collection of this scale and detail has not been used in Tallinn before. The technology also enables dynamic fares to be used in PT.

• New conceptual approach – The system is not aimed at servicing PT users only but has the equal importance of gathering PT usage data for optimizing the PT network. The system has also the possibility to homogenize and prepare interconnectivity of the public transport ticketing systems of Tallinn and Harju County, also interconnectivity with contactless ticketing systems in Estonia or other countries.

The most important barriers encountered during the measure lifetime were:

• Institutional barrier – due to appeals from different bidders a 10 months delay occurred during the public procurement procedure. This automatically delayed implementation of the measure; • Problem related barrier – Installation of a brand new and never before tested ticketing system, for which special software and validating devices were both produced (locally in Estonia), needed more time resources than planned during the limited time scale of project.

• Political / strategic barrier – PT users were not motivated to join the new e-ticketing system, because the existing ID-ticket was more convenient and still in use (until the end of March 2013). This was caused by the decision to use the old PT ticketing in parallel for some time but is understandable because new systems usually have troubles and people still have old paper tickets.

The most important drivers encountered during the measure lifetime were:

• Positional driver – The measure concerned was part of the Sustainable Development Plan of the city and a consequence of the implementation of a sustainable vision;

The measure result was only possible thanks to the new technology. Recommendations for measure replication are:

• The contactless card as a solution with minimum data - the card is inexpensive but very safe and secure without any personal data or information saved on the chip. The measure is easily replicable for cities that want to create an online ticketing system and can keep communication costs at a low level.

• Ticketing system on the open platform – the measure is easily replicable for cities, who want to join with other cities and regions and interested parties (one card for all).

Recommendations for measure process are:

• More time, less troubles - implementation of a complicated and large-scale measure in limited (4 years) project time has a high risk of failure.

• Get political support – time spent explaining the usefulness of the measure to politicians gives return in difficult moments of the project. 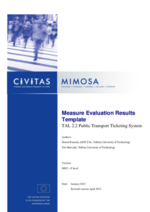