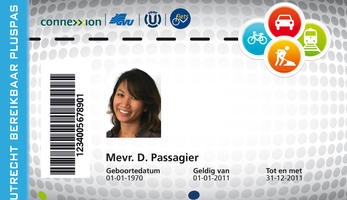 Utrecht wanted to use a period of large-scale constructions to promote public transport as an alternative to the car. The city therefore decided to develop a public transport offer for commuters accompanied by a marketing communication plan to maintain accessibility of the city during peak times

Since 2007 extensive infrastructural adaptations has been implemented and more will be implemented in the coming years in the city of Utrecht. As a result, road capacity dropped temporarily on the ring road and on some of the most important entry routes. Due to these road works, the city of Utrecht and the national highways authority expected a lot of disruption, traffic delays and a decrease in the accessibility of Utrecht. Private businesses also acknowledged this situation and saw the necessity to act. To limit the negative impacts on the traffic flows a unique public/private cooperation was set up with the Municipality of Utrecht, the National highways authority, the Utrecht Regional Authority, the Province of Utrecht, the Mid Netherlands Chamber of Commerce and VNO-NCW Utrecht (employers’ organisations). This cooperation was organised as a foundation called 'Stichting Utrecht Bereikbaar (SUB)' (Foundation Utrecht Accessible).

Stichting Utrecht Bereikbaar implemented different measures to influence mobility. One of them was the measure ‘Mobility Management Policy’ which aimed at raising private companies’ awareness on urban mobility, at reducing the amount of cars on the roads in Utrecht during peak hours and at increasing the use of alternative transport modes by implementing the free public transport pass, the so-called 'Utrecht Bereikbaar-pass'. UB-pass holders can use the buses and trams in the region and the OV fiets (a rental bicycle). The passes can only be bought by employers.
This measure belonged to a set of three measures (with UTR 4.2 ‘Disruption planning and Communication’ and UTR 4.3 ‘Rewarding Travellers for Avoiding Rush Hour’) which shared the common objective to limit negative impacts on traffic flows in Utrecht during the major road works in and around Utrecht and reduce traffic disruption. A decrease of the number of incoming cars from 2,000 till 4,000 per day during rush hours was the shared target of all three measures.

The Utrecht Accessibility Pass is being promoted through Utrecht Accessible, a partnership between three infrastructure authorities, several public transport authorities and Utrecht Trade & Industry. They have developed the brand Utrecht Accessible for joint communication to the public on traffic delays, road constructions and mobility measures. After the founding of this partnership, a marketing communication plan for the UB-pass was made, including a website to raise awareness of the pass and to encourages usage of it. Surveys among pass holders have provided insight into how people use the pass and generated ideas for improving the public transport system.
The UB-pass was extended into 2011 and the geographical area of companies that are eligible to buy the pass was expanded to the whole region. Furthermore a new pass was introduced: the 'Eemland Bereikbaar Pass'; this is a pass for employees in the region of Amersfoort (a city 20 kilometres to the east of Utrecht).
Besides that, the 'Green shuttle bus' was introduced as an alternative transport mode between transfer locations like public transport hubs, train stations and park and ride facilities and less well serviced business areas. It is not a public transport service, but private transport. One or more companies in the same area can order this shuttle (on payment). The shuttle is flexible and decreases the travel costs and space needed for parking places.

Based on the surveys and data collected during the measure, the impact evaluation was conducted. In September 2012, 715 companies participated in the UB pass measure. This number exceeded the targeted number of 600. In this same month the total number of UB passes sold was 19,120. The objective of 20,000 was practically reached. In order to measure the frequency of usage of the UB-pass, SUB conducted a survey among UB-pass holders: 5,833 of the 17,369 invited pass owners responded (rate of 34%). 95% of the respondents used the UB-pass.
Based on this survey the estimated impact of the measure is that the approximately 2,100 respondents who were former car drivers made 295 fewer car trips per day during peak hours on the south-western roads in Utrecht. Due to the fact that the response rate was 34%, the estimation is that in reality the number of avoided car trips on the south-western roads in Utrecht is three times higher: 885 cars per working day from 7AM-9AM. However, the impact of the UB-pass on the number of car trips is far bigger than only on the south-western roads. A calculation of Rijkswaterstaat Utrecht shows a total decrease of 2,880 car trips in the morning rush hours (2,880 cars from 6AM-10AM per working day, 2011).
Furthermore the traffic counts showed a decrease of 1,200 passenger cars on the main roads to the city centre during peak hours (between 7AM and 9AM) compared to the BaU. Although the objective was a larger decrease, compared to the BaU the number of cars did decrease by 4%. It is difficult to say this decrease is an effect of the measure(s), as there are more (MIMOSA) measures aimed at traffic decrease.
From January to September 2012 more than 86,000 trips have been made by the OV-fiets. When the UB-pass scheme finished, 93 percent of the respondents said they were satisfied with the possibilities the UB-pass offers. However, most of the former car drivers (63%) will use the car to travel to work again, nevertheless 37% will not use the car anymore thanks to the UB-pass: this means that even after the disappearance of the UB-pass there still will be a positive effect on the usage of sustainable transport modes.

When most of the roadwork disruption had disappeared, the pass was also extended for another year into 2012, and will most likely also continue within its present form and financial structure during the following year 2013. Public subsidies are however announced to be reduced and the public aim was that the pass becomes economically self-sustaining. From 2014 on, the pass, and more specifically its package of services, are expected to be part of the regional public transport concession. 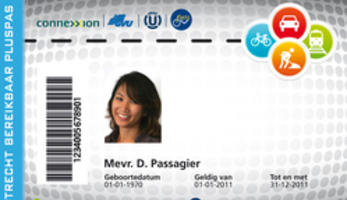 One Brand, One Budget, One Goal Keeps Utrecht Accessible