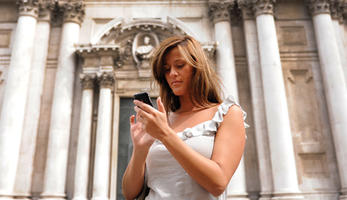 During a previous EU-funded initiative, namely the MODERN project, the city of Brescia worked on building a new light automatic metro line. Prior to this development, the city had never encouraged significant use of intermodal services in the past. Recently, several initiatives were proposed to promote an intermodal transport system. One of them is the smart phone application called Brescia Mobile Channel (BMC).

The measure aimed to promote a smart image of PT in the city. It involved developing different applications compatible with key smart phone operating systems (Apple and Android), accessible from mobile devices and able to exploit a device's computing, storage and communication capabilities, both online and offline.

The implemented set of functions on the BMC can be grouped into the following three key functions:

Information is updated in real time, including the number of available parking places, available bicycles for the bike sharing service and bus timetables.

Considering that the application was developed for both the Apple and Android operating systems, a larger amount of potential users was reached. In September 2012, the total number of downloads of the Apple version of the application (which was released in November 2011) was more than 3350, while the number of downloads of the Android one (released in July 2012) was more than 650.

From the user view point the acceptance level is quite high, since interviewed people gave a mark of 4 out of 5, expressing their appreciation for the service. This good result is mainly related to the progressive upgrades done to improve the quality of the product. BMC users had also the possibility to leave a comment after closing the application. Analysing the feedback together with back-office information revealed that the availability of information updated in real time on bike sharing and parking was highly appreciated. Thanks to such dynamic information the time connection of BMC sessions substantially increased.

In the near future, the BMC application will be upgraded with the following main features: information about the new metro line and an updated map layer with the new bike sharing stations near the new metro stations. 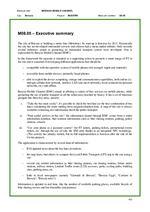