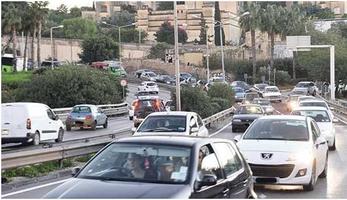 The main objectives for this measure were to test the feasibility of the low-emission zone (LEZ) within the context of the Valletta region.

This involved the public in reporting highly polluting vehicles, along with reducing transport-related emissions and improving the quality of life for residents living within the region.

The Low-Emission Zone (LEZ) feasibility pilot has been implemented in conjunction with the company which operates the Controlled Vehicular Access (CVA) in Valletta. This saw existing and new camera infrastructure on the approach roads in Floriana leading to Valletta monitoring vehicles entering and leaving the identified zone. In parallel with the preparation for the pilot, stakeholder consultations were held to fine-tune the variables to be tested.

The system is modified so as to test how vehicles can be charged depending on their emissions, rather than for the duration of stay, essentially transforming a road toll system into a LEZ. This measure also involves the revamp of the SMS emissions alert system for the reporting of high-polluting vehicles through the creation of an emissions alert app which allows for easier reporting by the public, and fully automated processing of the reports through the back-end of the app. This is an improvement on the current manual process.

LEZs have never been tested in Malta. The LEZ introduced is built on an already existing road pricing system (CVA) within the inner-city walls of Valletta. The CVA’s ANPR camera’s and billing technology was modified so as to be able to detect cars, identify their number plate and process billing according to the emission levels of the vehicle: the higher the emissions, the higher the fee. As the scheme introduced in the project was a pilot, a system of phantom billing was adopted.

Updating of the emissions alert app

The app front-end has been developed and launched publicly as part of a new general traffic app developed by Maltese Road Traffic Updates (MRTU). In January 2020, the MRTU app had 37,000 downloads in total: 16,600 downloads of the iOS version and 20,400 downloads of the Android version. Back-end reports of high-emitting vehicles were previously operated manually, but these have now been replaced by a fully automated back-end solution that was developed by the University of Malta as part of DESTINATIONS.

The use and effectiveness of the emissions alert system was evaluated through two surveys, baseline and ex-post. The LEZ pilot system was evaluated by analysing the data generated by the system. Results from a baseline and ex-post survey with a representative sample of the general population in Malta show that more respondents are aware of the actual procedure and how TM treats the emissions reports in the ex-post measurement than in the baseline survey.

The acceptance level also improved between the baseline and the ex-post measurement. The emissions alert app front-end has been developed and launched publicly as part of a new general traffic app developed by Maltese Road Traffic Updates.