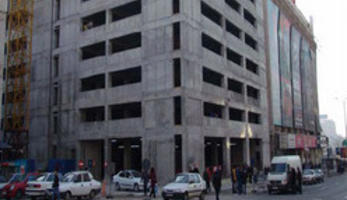 The RATB’s existing ticketing system was out of date and did not correspond to the company’s changing commercial and management conditions. The new system was based on the introduction of smart cards for regular users, which could also be used to pay fees for other services such as bike sharing and parking.

The system was implemented on the entire RATB fleet of 2,000 vehicles, and in addition fares were integrated with the tariffs of the Bucharest metro company METROREX. At individual level the contactless smart cards could be used on both networks, while at the commercial level the income was shared between the two public transport operators on the basis of a pre-agreement. The modernisation of the RATB ticketing system and tarrif integration was part of the larger strategy of fare system improvement contained in the Bucharest Transport Master Plan.

In order to carry out this demonstration measure, an international tender was issue to choose a system integrator, and financing was provided by the European Investment Bank and Bucharest Municipality. The two public transport operators in Bucharest, RATB (surface public transport) and METROREX (underground transport) reached an agreement on fare integration and the technical integration of their ticketing systems. The RATB developed a marketing campaign to promote the new ticketing system.

Due to changes in political support during the lifetime of the project, system implementation was achieved only after the end of the TELLUS project. The ticketing system became operational at the end of 2006 and is now functioning throughout the RATB fleet and in 49 underground stations.

The “ACTIV” contactless smart card can be topped up at 95 RATB sales points, via the Internet (https://online.ratb.ro/), or at ATMs of the Romanian Commercial Bank.

Tariff integration allows passengers to benefit from a modern and flexible method of payment, which has increased the attractiveness of public transport.