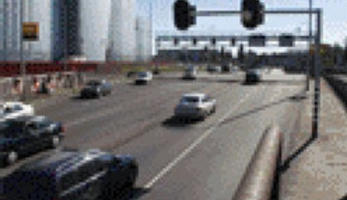 By changing vehicle taxation to a variable kilometre-based rate, drivers in Rotterdam were made more aware of the costs of using their car.

Congestion is a major problem in the densely populated Rotterdam region. One frequently suggested approach to traffic problems in urban areas is to introduce congestion charging, imposing variable tolls on congested stretches of road at a level high enough to reduce the number of cars using it. For political reasons, this approach had not been implemented in Rotterdam.

As an alternative to the fixed-level taxation system in place at the time of measure implementation, it was decided to introduce a system of variable kilometre pricing on national roads leading towards the city centre. The overall strategy was the responsibility of the national Ministry of Traffic and Transport, and the following tasks were part of the TELLUS project for Rotterdam:

As a result, it was agreed to change the focus of the kilometre pricing measure from implementation to preparation. A seminar on the topic was organised by the Regional Traffic and Transport Department VVC-R for stakeholders in the Rotterdam region. A representative from the City of London spoke on the congestion charging scheme and a representative from the National Transport Council of the Netherlands spoke on proposals for kilometre pricing in the Netherlands. A panel of politicians discussed the possible impact of the scheme in Rotterdam.