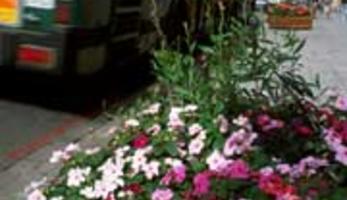 Through an innovative measure, Lille Metropole aimed to offer a genuine alternative to the private car by developing intermodal options for travel in and around the city.

Faced with rising numbers of private cars on the roads and an unbalanced split in the use of road infrastructure among the various mobility modes, Lille Metropole aimed to:

Two intermodal exchange points were chosen for development in Lille Metropole during CIVITAS TRENDSETTER, which are linked to public transport services (metro, bus, tram, regional and national trains and high-speed trains), and also accessible by cyclists and pedestrians. The locations, in Armentieres and Don-Sainghin, were chosen as they were key nodes serving two important communes within the Lille Metropole. At each site, the plan was to improve public transport interlinkages: for example, moving bus stops closer to the metro station and integrating the timetables of the various public transport operators.

Implementation studies were also carried out for a further five improved intermodal interchanges.

Implementation studies, planning and design work were completed during the project period, but construction work was not started. Delays were due to the high number of stakeholders involved; to compliance with administrative procedures and regulations on labour, safety and health; and to problems with property and land transfer.