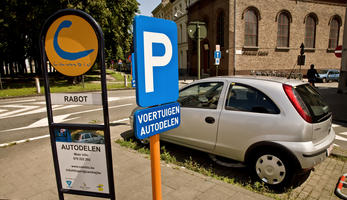 There are nine car-sharing stations with 26 cars available in Ghent, which are mainly used in the evening and at weekends. However, the business market has not been exploited yet, which is what the city seeks to address with this measure.

Experience has shown that car-sharing still is a new concept, which can be difficult to introduce in a private car-oriented society. Therefore, the car-sharing organisation Cambio will launch experimental initiatives based on the findings of car-sharing experts. To identify the most effective ways to market car-sharing, the city is in contact with client-ambassadors and Cambio home parties. These strategies should reinforce the growth curve of car-sharing in Ghent and facilitate a change in mobility behaviour. During the project phase, Cambio will target new user groups, such as business users grouped within one building site and inhabitants of new housing areas. While doing so, there will also be experiments with new communication and promotion channels in order to get more people involved in this energy-efficient system.

Key results
The measure has been evaluated on two inventories. For the inventory of contacted companies and their response, the number of circulating poolcards and the number of poolcards-using companies have been counted. A total of circa 250 companies were adressed by mail wherefrom 150 were also contacted by telephone.
There has also been set up an inventory of the contacted target groups/citizens and the actual number of subscriptions. Therefore, the impact of the Cambio trial offer on the number of users has been calculated. Also a annual growth of Cambio users by 20%  has been put forward as a target to measure the inventory. In general, the growth in number of Cambio users, cars and car sharing stations are used to evaluate measure 6.2.

Cambio depends on different actors for the realization of the integration of car sharing in new building projects. There have been talks with AGSOB (City Development Company Ghent) and the Mobility Company, but there is not yet a fixed car sharing station in a new building project. Nevertheless, this will be realized in the future.

- Driver 4 – General increase and successful first trial formula in 2009
The first trial formula offered in 2009 led to an extra growth of 36% in comparison with the spring months. This success incited Cambio to organise the action again the upcoming years. 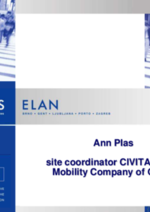 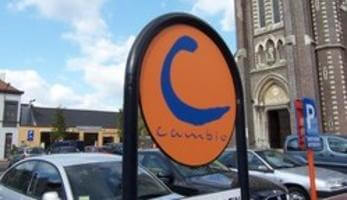 The Cambio car sharing company is organising a free ecodriving course in Gent, within the framework of CIVITAS and the Momo project. During this course participants...