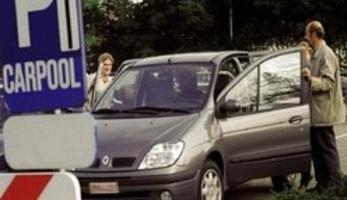 With the aim of reducing the proportion of single-occupancy cars on the roads of Graz, a bus-lane bypass was used to create the city’s first high-occupancy vehicle lane, and “park and pool” facilities were established on the outskirts of the city.

As part of the city’s efforts to reduce congestion in the city centre, the measure aimed to improve car-occupancy rates in areas not well served by public transport and to provide park and pool facilities for commuters heading out of the city.

Specifically, the measure focused on:

The high-occupancy vehicle (HOV) lane had to comply with the standards of the national highway administration, which ultimately meant that the city had to purchase sections of the road from the administration before the HOV lane could be implemented in December 2004.

Since the introduction of HOV lanes is not foreseen in Austrian law, the dedication of an existing bus lane was a feasible way of proceeding. The HOV lane is therefore assigned as a bus lane that can also be used by taxis and vehicles with three or more passengers.

The results at the end of the project were ambiguous:

Other roads with bus lanes were assessed as potential HOV lanes. However, the disadvantages for public transport surpassed the advantages for cars. If just 5 percent of all cars used the lanes, a 35 percent negative impact could be expected, especially at traffic signals, where bus priority would be shared by cars. Other roads would require expensive reconstruction work to make the HOV lanes possible.