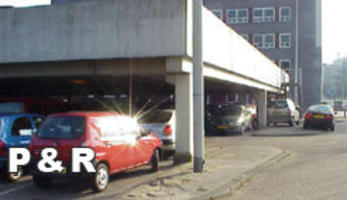 In order to ensure the availability of parking places at the Alexander Park and Ride site for those travelling on by public transport, charges were introduced for car drivers without valid public transport tickets.

Prior to measure implementation, all drivers could park for free at park and ride facilities in the Rotterdam region. The Rotterdam Alexander site is close to a metro/intercity train station and has 535 parking places. Many shoppers and local employees were making use of the park and ride facility without needing to travel further on public transport. People wanting to use the facility for its main purpose, that is, to take public transport into the city, were therefore often unable to find a free parking space.

Prior to the launch of the measure, the car park was refurbished, and residents and organisations situation near the site were informed and consulted.

Monitoring was carried out when the measure was launched in May 2004, after half a year, and after one and a half years. Monitoring of occupancy rates was supplemented with interviews with users, and with monitoring of parking rates surrounding the location (i.e. by those wishing to avoid paying the newly introduced parking fee).