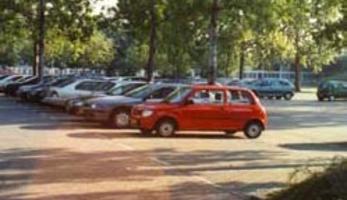 Park and ride facilities are an important part of Rotterdam’s transportation policy, making it easier for people to use the public transportation system rather than the private car.

Prior to measure implementation, park and ride facilities (23 sites with 4,700 parking places) in the region were being used to full capacity. With the general increase in mobility, the need was recognised to expand the number of available park and ride places. This led to the drawing up of a 15-year strategy for park and ride expansion. The TELLUS demonstration project involved the short-term implementation of the strategy, meaning the realisation of 1,600 new parking places in Rotterdam by 2006. The project also involved improving existing poor-quality sites.

In the first year of the TELLUS project, the expansion and upgrading of park and ride facilities included:

During 2005, a further 700 places were created at three locations, including 350 new spaces at the Noorderhelling Park and Ride and 46 new places at the Nesselande metro station in the newly built residential area. New spaces were also created near the metro station at Kralingse Zoom as part of the area’s urban development plan.

The promotion of park and ride use in Rotterdam also had to be improved, via a dedicated website, integrated into the Regional Traffic Information Centre site.

In many cases, the expansion of park and ride facilities is related to spatial planning projects and is affected by delays in those projects. Within the TELLUS project, the planned expansion and upgrading of park and ride places was partly fulfilled. Designs for large new park and ride sites were completed, but construction did not begin during the project period.

The one large park and ride site completed in 2005 (Noorderhelling) showed a very low occupancy rate of less than 10 percent during the project period evaluation. This can partly be explained by the fact that it was opened just before the summer holiday season.

The expansion of park and ride sites in the Rotterdam region remains an important element of regional policy beyond the TELLUS measure, in connection with local spatial planning initiatives.