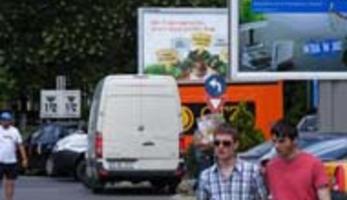 As economic growth is often linked with a surge in traffic, Iasi wants to coordinate freight transport to reduce the environmental impact and avoid an unnecessary load on the city centre. This will be done through developing a freight quality partnership (FQP). This partnership will work to make goods distribution more efficient in the city. This plan will be the beginning of real positive changes in goods distribution. By evaluating the emission standards of city distribution vehicles, drivers’ attitudes and behaviour and weight/volume capacity ratio of packing vehicles, the measure aims to reduce traffic congestion, air pollution and improve the effectiveness of goods distribution. As part of this measure Iasi will form a Freight Quality Partnership with key stakeholders while developing a strategic Goods Distribution Plan. The measure covers:

The written approval of the Municipal Traffic Commission was obtained, so as to restrict the access of vehicles that ensure the supplying activities performed by economic operators ; these supplying activities will be performed within the timing schedule: 7.00 – 9.00 a.m and 15.00 – 17.00 p.m Economic operators’ reaction to the proposals presented in the goods distribution strategy is a positive one. After their participation in negotiation meetings, these economic operators have agreed on following the provisions of Freight Quality Partnership which will be implemented.

Surveys have been conducted for assessing the indicators related to awareness and acceptance. Results showed an increased percentage of awareness level, 89% in 2009 and 85% in 2012. Also the acceptance level indicator shows an increasing tendency, from 77% in 2009 to 90% in 2012.

To determine the number of freight vehicles moving along the corridor, we counted them during peak hours and off-peak hours. We noticed that the number of goods distribution vehicles decreased at peak hours after the measure was implemented, from 109 vehicles in 2009, to 41 in 2011 and 33 in 2012. In off peak hours, the number of goods distribution vehicles increased from 17 in 2009, to 82 in 2011 and 78 in 2012. Air quality measurement, performed in 4 different locations along Civitas corridor, revealed that NO2 level decreased in all 4 places after the measure was implemented. Also, CO level decreased but only in 3 of 4 places, in Tudor Vladimirescu area this level registering an increased value in the years after the measure was implemented. 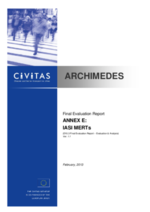