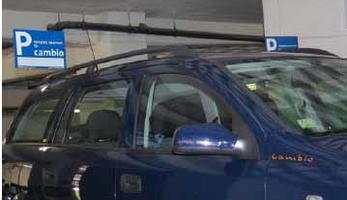 Bremen has a 20-year history of car sharing and enjoys the benefits of fewer urban car trips and reduced demand for parking spaces in dense urban areas.

The measure was implemented in response to the growth in car ownership and the related congestion and negative impacts on air quality. As a result of the car-sharing scheme, drivers have access to cars without the need of ownership. Bremen aimed to improve its scheme by creating new and enlarged car-sharing stations in conjunction with public transport stops; targeting offers to specific clients (companies, families, cyclists); improving the technological aspects (access, booking software); supplying user-friendly consumer information; and creating a simple tariff structure.

Within the VIVALDI project, eight new car-sharing stations were opened: three in the city centre at main public transport interchanges; one at the edge of the city centre; two along tram lines; and two in the peri-urban area.

In the wider corridor of the VIVALDI project, a car-sharing service was launched (cambio Oldenburg), also in cooperation with the local public transport operator.

It is important to attract business clients in order to achieve more balanced demand during the day and to increase the efficiency of car use. Two easy-to-communicate tariffs were made available to business clients, including bigger companies with more than 60 employees and smaller one-person start-up companies. The interest generated was proof of the win-win concept of car-sharing: it is good for the environment as well as for the economy.

Technological improvements made possible innovative services such as open-end booking and automatic cancellation. The cambio smartcard is valid for the entire cambio network in Germany, as well as in Belgium, and for the services of partner operators in Germany.

The implemented measures were continued, extended and further optimised after the end of the VIVALDI project. Bremen’s car-sharing service was selected as an Urban Best Practice Example for the World Exhibition in Shanghai in 2010, which had the theme “Better City — Better Life”. In 2009, Bremen developed a Car-Sharing Action Plan, with the aim of achieving 20,000 car-sharers by the year 2020 via measures such as dedicating more public parking spaces to car sharing.

Major impacts were identified in terms of air quality. The cars used in the scheme comply with the latest emissions standards, and the cambio car-sharing fleet in Bremen has average CO2 emissions of 129g/km. There was also a positive impact on the use of street space, since about 1,000 cars were replaced by car-sharing. The number of car-sharing cars in Bremen rose within the CIVITAS project period from 80 to about 100. 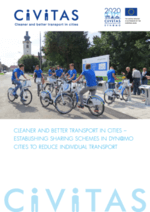