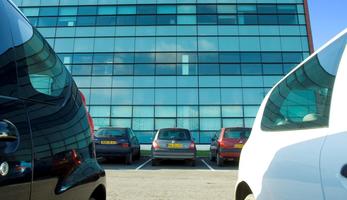 The focus was on dedicated public transport services and infrastructure, accessibility and services in order to improve mobility for targeted companies.

In 2004, there were around 300,000 employees in the private sector in the conurbation of Toulouse. Only 16 percent of active people worked in their residential area and 17 percent of the daily journeys in the conurbation were commuting trips. Some 77 percent were made by car; 7 percent by public transport; 7 percent on foot; and 3 percent by bicycle. Between 2001 and 2005, traffic on the ring roads had increased by 12.6 percent. The main activity areas were located in the north west, around the airport and Airbus industry, and in the south west. Each employee covered a daily average distance of 15 km between home and workplace.

The French regulation on the creation of urban mobility plans obliges the transport  authority of Toulouse conurbation to encourage and support companies to draw up commuter plans to improve mobility within their respective activity zones. This requires companies to be familiar with their employees’ travel needs, as well as those of stakeholders and visitors. Action plans can then be developed to promote transport modes other than the private car.

The specific aim was to develop four commuter plans with major companies in the north west and south west of the agglomeration, including the development of dedicated public transport services and infrastructure for the Airbus factory and airport; the improvement of accessibility for all modes (including freight); and the development of complementary services for cyclists and freight delivery. In addition, an administrative mobility plan would be created for all employees of the town of Blagnac.

In 2004, the public transport authority observed that the metro and high-frequency buses served only 33 percent of workplaces, and that 22 percent of them were not served by any public transport at all. An evaluation of the overall results of the commuter plans drawn up before the project highlighted possible improvements and provided feedback for the development of new plans.

The public transport operator contributed to the development of three sector commuter plans and other company commuter plans, and also developed an educational toolkit for distribution to 1,000 companies in the Toulouse conurbation to promote the concept.

On the basis of a survey of the mobility behaviour of employees of the town of Blagnac, it was proposed to install secure bicycle parking; make available bicycles owned by the department; introduce car-pooling management; appoint a dedicated project manager; and make a financial contribution to employees’ public transport subscriptions.

The main lesson learned was that mobility should be included as soon as possible in the planning process for new industrial or business areas, so that employees can easily reach workplaces by transport modes other than the private car.

The implementation of a commuter mobility plan has benefits for the different partners. For the company, it integrates environmental policy, cost savings, improvements to working conditions. It saves employees money, and reduces traffic congestion and air pollution in the city.

Thanks to the active participation of the public transport authority in the commuter plan development policy, more than 80 commuter plans were being implemented by the end of 2008. 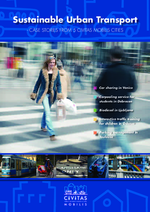