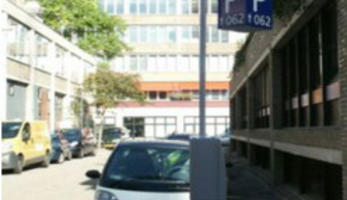 New parking tariffs were introduced per street to optimise the use of public space and improve the local environment.

The expansion of paid parking in residential areas is one of the strategies used by Rotterdam to improve local living conditions and prevent congestion.

In response to the extensive parking problems faced by the Nieuwe Westen district, paid parking per street was introduced, rather than area-wide paid parking, to prevent drivers simply crossing the area border to find cheaper parking alternatives.

In the first six months of implementation, parking ticket machines were installed and parking wardens hired and educated. Paid parking became effective in Nieuwe Westen in November 2003. Payment for a permit could be made by chip or mobile phone, and the tariff was the lowest used in Rotterdam. Monitoring of occupancy rates began in December 2003. Based on the monitoring outcomes, a tariff per street could be introduced, depending on the demand for parking spaces.

The plan was to introduce the demand-dependent tariffs in 2005. However, due to the fact that there too few visitors by car to the area following the introduction of paid parking, the plans were changed. In April 2005, additional counting took place. It was decided that if the amount of visitors was higher than in autumn 2004, the demand-dependent tariffs would be introduced. Since this was not the case, the final decision on the introduction of the tariffs was postponed.

The unexpectedly large reduction in the number of parked cars after the introduction of generalised paid parking was a barrier to measure implementation. Apparently a large number of visitors who had previously parked in the area found parking in a cheap alternative area. This demonstrated that paid parking is a positive instrument in reducing the volume of cars. However, due to the small number of parked cars, the planned sophisticated pricing policy (i.e. differentiated according to streets) was not feasible.