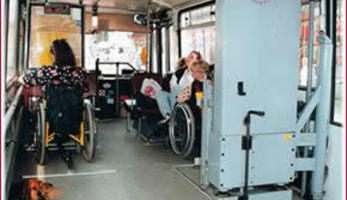 The Karlov area of Prague is home to a number of medical centres and to the General Teaching Hospital. Prior to measure implementation, the local street network made this area inaccessible by standard public transport buses. Patients, visitors and hospital staff had to walk to the various medical facilities from distant public transport stops. The aim of this measure was therefore to introduce a regular bus line to satisfy basic transport demands, with an emphasis on passengers with reduced mobility and patients attending medical appointments.

The initial stage of the project included the investigation of possible routes for the new bus line so as to facilitate the integration of important interchanges between various transport modes (metro, tram and bus). The new route also had to include appropriately located bus stops giving easy access to the medical centres, while satisfying the technical and operational conditions for the provision of a regular bus service. The various options were discussed with the municipal authorities and representatives of the General Teaching Hospital. Conditions in the Karlov area, with its many narrow streets, meant that small “midi-buses” would need to operate on the new line. Low-floor Karosa-Ikarus E 91 buses were subsequently chosen.

The opening of the new line in April 2003 was preceded by an extensive press campaign and information leaflets were also published for distribution in vehicles, at stops and at travel information centres.

Before the launch of the new bus line there had been concerns about the poor acceptance of this new public transport link as well as concerns about the potential low level of use of the transport capacity being offered. However, such concerns turned out to be misplaced and the introduction of the new bus line met with a positive response. From the first days of operation, the line has been well used and has become a integral part of Prague’s transport system.