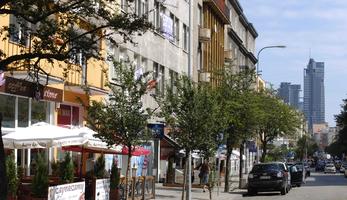 As a basis for updating and expanding Gdynia’s Sustainable Urban Mobility Plan (SUMP), Gdansk University of Technology prepared a range of community project studies for priority actions identified in Gdynia’s draft SUMP. Studies were conducted on Personal Rapid Transit (PRT), road traffic modifications, public transport lines distribution, development of pedestrian areas and promotion of cycling. All studies took considerations, proposals and comments from citizens into account, gathered via an internet platform and stakeholder meetings. The result was a more advanced SUMP for the City of Gdynia. Some of the community projects studies were also a basis for pilot projects implementation.

The Community project studies contributed to a more advanced SUMP for the City. It was expected that traffic management in the city would improve and consequently, less congestion and transport-related pollution would contribute to a better quality of life of the city’s inhabitants.

The main objectives of the Community project studies were to:

Examples of elements of the SUMP that were analysed in this measure were the PRT study of the line connecting Gdynia’s main railway station with Molo Rybackie and the analysis of chosen variants of road traffic modifications and PT lines distribution. These lead to results and concepts that were implemented in the framework of the SUMP.

The existing version of the Sustainable Urban Transport Plan (SUTP) of the City of Gdynia needed to be updated and extended to include all modes of transport. Some of the SUTP measures were no longer up-to-date; others needed verification or further detail formulation. Various indicators were not precise enough and there has often been a lack of specific analyses. This made it difficult to gain political and public support for new ideas and for implementing recommended actions. So, the first priority was to analyse some of the elements to be implemented or extended of the existing SUTP.

In case of mobility management and transport planning related issues, at this point the public was seldom consulted and often it was hard to reach the right interest groups. There were no practical tools available, such as an internet platform or social media, which could have been used for consultations with the local community and local stakeholders in order to reach as many people as possible and to gain their support or collect their opinions on this issue.

In the implementation phase the following activities were conducted:

Expected outcomes in the short to medium-term: 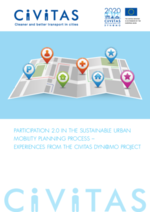 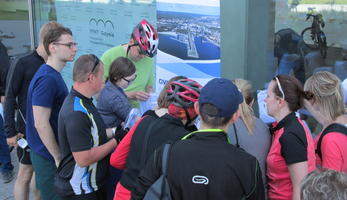 Within CIVITAS DYN@MO measure Community project studies from SUMP, City of Gdynia conducted a promotional campaign for walking, cycling and pedestrian areas. The...