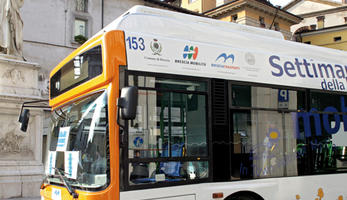 Brescia has worked hard to promote a series of educational and recreational initiatives involving citizens of all ages related to sustainable mobility. These initiatives included the EDU project, Parole in Corsa contest and European Sustainable Mobility Week.

In this context, the measure comprised the following activities:

EDU project in primary schools. The objective of this educational programme was to explain to primary school students the importance of the environmental sustainability, civic awareness, security, social considerations and health in relation to public transport use. This was accomplished through unique lessons and interactive activities.

Running Words project. The objective was to involve local public transport bus passengers in a national project which comprised a local contest for non-professional writers. Passengers participated in the contest by writing short stories during their bus trips to highlight the emotional experiences while travelling. The winner of the local contest was invited to the national competition.

European Sustainable Mobility Week. This yearly event, which takes place every September, was used to inform citizens about different public transport activities and events in Brescia. It covered sustainable mobility actions and projects promoted by the Municipality of Brescia, Brescia Trasporti and Brescia Mobilità. Brescia Trasporti also distributed informative material about sustainable mobility to young citizens, including a leaflet called '10 good reasons to take the bus'.

The second tangible outcome was the result of the Running Words initiative, it has gathered in Brescia twice as many participants than in rest of Italy. The number of stories subscribed doubled from 11 in 2009 to 23 in 2011, despite the national trend (in 2010 the number of tales published at national level decreased by 30% respect to the 2009 edition).

The third positive outcome was reflected in citizen participation in dissemination activities (events, press conference and articles in local newspapers), carried out yearly to promote the European Sustainable Mobility Week and all related activities.

Collaboration among partners and all involved stakeholders has been fundamental for the measure's success. Furthermore, the direct involvement of stakeholders, particularly through targeted dissemination campaigns, was crucial for spreading information on the initiative throughout the city. The activities implemented in this measure will surely continue beyond the end of the project as they are considered an effective way to spread a sustainable mobility culture in Brescia. 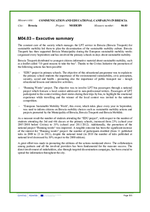 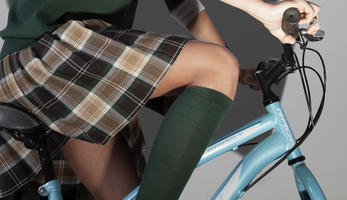 ECCENTRIC promotes cycling to girls and women in Madrid

At the end of 2017, ECCENTRIC Madrid gathered 70 young people in Madrid’s Matadero, the city’s former slaughterhouse, for a training session on communication...