Accessibility for people with disabilities 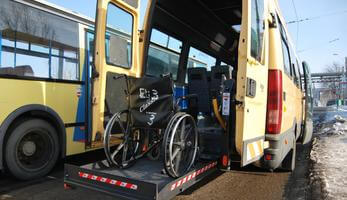 At the moment there are shortcomings in the Iasi transport strategy in terms of provisions and accessibility for the visually impaired and disabled. Planned measures will address this.

The measure is assuring safety for a particularly vulnerable group of road users and to operate a fully accessible public transport service. The measure will provide easier and safer accessibility to Public Transport for physically disabled people, by transforming and equipping minibuses, stations and stops.  The measure will include Audio Warning Devices for the Visually Impaired and Fully Accessible Public Transport.

Audible warning equipment for visually impaired people were installed at 16 main signalised intersections (total 40 units) in the CIVITAS corridor. 10 minibuses were transformed so that they could be accessed by physically disabled people. 50 stations and stops were also built, providing easy and safe access to public transport for users with disabilities.

The Technical University has conducted surveys to measure awareness and acceptance indicators. On assessing the awareness level, it became apparent that people’s knowledge about the measure has increased from 10% in 2009 to 45% in 2011, and to 53% in 2012.  From the perspective of the acceptance level among respondents, the percentage of people who are not satisfied with the degree of accessibility provided by the public operator has decreased significantly: from 99% in 2009 to 66% in 2012. The acceptance of adapted public transport vehicles had an increased tendency among impaired people, from 29% in 2009, to 41% in 2012. The percent of respondents who have had difficulties in using public transport services has decreased from 98% in 2009 to 92% in 2011 and to 88% in 2012.

After assessing the perception of accessibility indicator, the surveys revealed that a high percentage of persons with disabilities (over 70%) consider that the improvements achieved  allow them to access public transport services more easily and facilitate their daily trips. 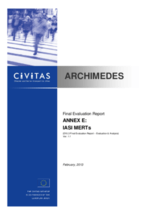 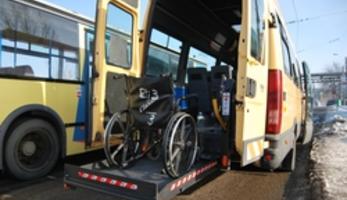 Improving accessibility for those with disabilities in Iasi

Iasi has made great steps forward in improving the accessibility of its public transport system for disabled people through the CIVITAS ARCHIMEDES Project. In 2009,...