CIVITAS MOBILIS Workshop on car sharing was a big success 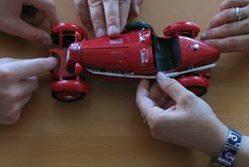 The CIVITAS MOBILIS workshop on car sharing across Europe was held on the 28th of February at the Palazzo Franchetti institute in Venice. Key messages from the workshop are that car sharing emerges as a niche transport alternative, which complements an efficient public transport system and other measures to bring about modal shift. A number of presentations highlighted that people who use car sharing also tend to use alternative forms of transport or walk more often and generally reduce the number of kilometres covered in the car.

The City of Venice Deputy Mayor for the Environment, Pierantonio Belcaro opened the workshop, illustrating how the contribution of the MOBILIS project to the development of the local ASM car sharing fleet is just one of the actions carried out in Venice to combat, in particular, atmospheric pollution. The Deputy Mayor’s introduction to the day was followed by a welcome from the Giorgio Nardo, President of ASM, and a presentation of the successful car sharing experience in Venice by Claudia Bordenca for ASM and of the local corporate car sharing scheme by Alessandro Leon for the Province of Venice.The day unfolded with a series of presentations regarding car sharing across Europe. Matthias Fiedler and AnnemieVan Uytven presented an overview of the genesis and state of the art of car sharing in Europe. Robert Clavel from CERTU then presented an overview of car sharing across France followed by Peter Muheim from Mobility car sharing in Switzerland, whose presentation highlighted how car sharing originated in Switzerland and is very advanced in terms of both use and availability, integrating car sharing with the very efficient public transport system and also with car rental companies.Following lunch, Alexandre Blaquiere presented the decision making process underway in Toulouse regarding the development of a car sharing scheme while Michael Frömming presented the experience in Bremen, highlighting some interesting aspects of car sharing and urban planning. Claus Bodker presented the car sharing system in Denmark, which is solely offered by Hertz car rental company and spoke about the company’s intention to promote car sharing in other countries. The well established experience of car sharing in the City of Bologna was presented by Giancarlo Sgubbi and highlighted the integration of such a scheme with limited traffic zones and other sustainable mobility measures promoted by the City. The city intends to work further on car sharing in the forthcoming CIVITAS MIMOSA project. Anna Trentini closed the day with a presentation of the car sharing system in La Rochelle which has recently undergone renewal within the context of the CIVITAS SUCCESS project. Importance is placed on the integration of car sharing with other forms of public transport, and even with commercial operators such as rental companies, particularly through an integrated smart card. Above all, as the CIVITAS MOBILIS Venice site manager, Carlo Andriolo expressed, car sharing is part of a new mobility culture which promotes the ‘use’ instead of ‘possession’ of the car, thus superseding the idea of the private car as a status symbol.Please find here all presentations of the Car Sharing Workshop in Venice.