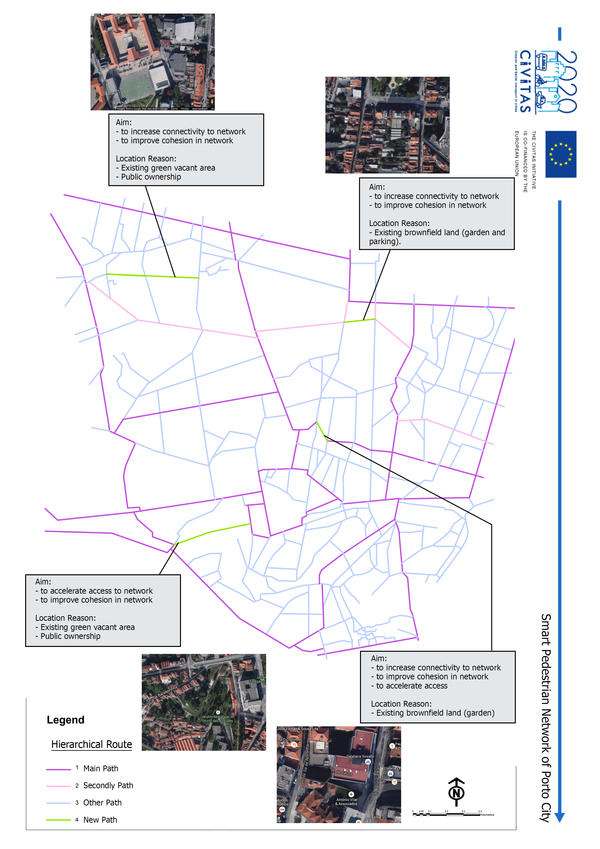 At present, the lack of urban structure cohesion and connectivity for pedestrian, which has been caused by the expansion of street network dominated by cars, has increased dramatically. Hence social life and citizens‘ rights considering anthropocentric and human scale have been put at risk in many cities. This study develops an innovative model by synthesising the GIS software (Fuzzy logic) and the Space Syntax to simulate the urban Pedestrian Network. It makes a connection between different urban tissues while keeping a coherent structure for the city by pedestrian network. Subsequently, this pedestrian network envisions an “intelligent and integrated” urban growth where economic, social and environmental concerns must be carefully balanced. This model integrates a set of actions to achieve cost-effective solutions. Smart Pedestrian Network is viewed as a set of strategies to increase walking activity, preventing urban sprawl, and creating more liveable places. This study examined one of European cities in Portugal (Porto). It applied the proposed model on Porto city and provided a cross-case analysis of the findings in this case. The outcome of this research as a smart city model for pedestrian network can be applied in other European cities with the aim of changing life style by the means of enhancing pedestrian activity in the city.

Porto is a city of history, culture and architecture, famous for its Porto wine and characterised by friendly people and a mild climate. Its university is one of the largest and most prestigious academic institutions in the country with 60,000 students. The city is also the hub of a highly industrialised region. Increasingly in recent years people have moved from the city centre to the suburbs, leading to new mobility patterns. The car is the fist-choice mode of transport with a share of 43 % compared to 25 % for public transport and 32 % for walking. In the past, walking has been an essential element of city life and Space has its own social logic (B. Hillier, 1998; B. Hillier, Hanson, J., 1984; Penn, 1998). Space has been defined as ‘‘a street or a place” designed to improve pedestrian movement. The problems of the expansion of street network dominated by cars and decrease of social life are major causes of pedestrian network loss and the lack of urban structure cohesion for pedestrian. This relation between space and pedestrian is studied in current investigation. It is necessary to join the mobility integration and the urban planning for improving the life in the cities.
This idea of smart pedestrian network is a very innovative endeavour to implement such a measure in Porto city. A pedestrian network is an essential resource in a variety of applications, especially in pedestrian navigation services and urban planning projects. On the other hand, cities in Portugal have strong capacity such as elements of nature and history can plan better pedestrian network. Previously, the city of Porto joined CIVITAS ELAN as a way to achieve the necessary changes towards an urban transport system that guarantees all citizens high-quality mobility and limits its environmental impact. Now, this new study has the real challenge is for Porto city "How to find pedestrian network?”. Currently, there are only two separate paths for pedestrian in Porto. The City with its rapid economic development is undergoing a gradual transition from industrial/harbour city into a business centre. Areas in the vicinity of the harbour are subject to redevelopment but city centre slowly loses its resident population. Considering the character of the city and the remarkable role of tourism for the city, there is still a necessity to increase the popularity of central area. Changing life style by the means of enhancing pedestrian movement in the city is the main object of this study in city centre of Porto.
Hence, this study provides a thorough model for smart pedestrian network under a PhD program at University of Minho as well as a study level investigation under a partial collaboration with CITIVAS. Therefore, this study would be able to provide useful insights into the anatomy of the pedestrian network method practitioners a road map. Mobility and urban morphology factors are clearly associated with the percentage of walking in urban areas. From combine these theories presented new knowledge for design pedestrian network. While in many countries of European there is not still an ongoing process. This knowledge includes two stages: detecting optimum framework and designing pedestrian network. Actually, smart pedestrian network design is the evaluation study with the combination of several criteria such as Pedestrian Activity, Urban Form, Infrastructure and Environment. In the add or combine step, the system uses different weight, taking into account the variations during data acquisition. Because every place has special character and function. A specific decision can be determined by these weights assignment of criteria and sub criteria to make the authentication decisions by the questionnaire. This questionnaire been has assessed by the Pedestrians and tourists in the city centre of Porto. Different weights are assigned to each factor to represent their relative importance and calculate fuzzy logic method in GIS.
By the same reason, such relationship by space syntax methods is useful in studies of pedestrian network design. Because they influence pedestrian movement patterns in pedestrian network. This study interprets the configuration of urban grid. It means that it could predict pedestrian network in urban space by two software GIS and Space Syntax. In the validation stage, this question of “which ways have the highest rated as pedestrian network?” is replied. For this reason, the resulted map analysed and numerically simulated by finite element (through GIS and space syntax software) in order to obtain the optimized relative percentage of connection.
However, walking mostly takes place within a transport system that must work for a range of street users. This requires effectively integrating walking needs to suitable space into the provision for walking along and across roads. Moreover this network has fine performance because of defining new way to increase connectivity that are vacant lands as shown figure at end of document. Since many of life products rely on real time data to offer integrated information services (such as real time journey planning or command and control facilities), This research in Technical Report and at end of document present smart pedestrian network based on the time movement between starting point and destination in smart pedestrian network. this study is compatible with the needs of nowadays pedestrians such as:
• access real time information about their journeys;
• share resources (cars, lifts, parking); and
• pay for multiple stages of a journey at once, Without cash.
These services are helping people to manage their use of transport more effectively, and contributing towards better modal integration. This section explores in more detail what each of these services means for citizens, investigating examples of where they have already been deployed around the world. The final outcome of this stage is a plan for the smart pedestrian network which is ready for confirmation and implementation by the city management authority. 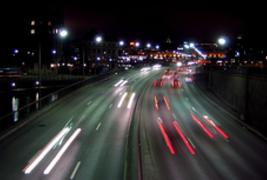