Battle of Transport Modes in Aalborg 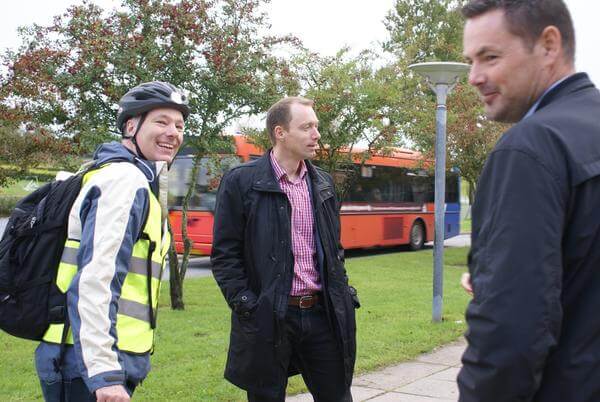 The bike proves to be the fastest, cheapest, healthiest and most environmentally friendly mode of transport to travel between the city centre and Aalborg University main campus during the morning peak-hour.

During the European Mobility Week, the City of Aalborg has tested how fast you can get from the city centre to the university on a Monday morning using a car, a bus or a bicycle. The city invited three prominent people to test each of the modes: Ole Schleemann, Executive for the Public Transport Authority  was travelling by bus; Jens Madsen, Chairman of the driving instructors in Aalborg was going by car; and Mike White, member of the Danish Cycling Association in Aalborg was travelling by bicycle. The modes competed on a stretch of approximately six kilometres. However, the car could freely choose the fastest route. The bicycle used the new commuter cycling route and the bus followed its normal schedule. The bicycle was the first to arrive at the destination. It did the stretch in 17 minutes, using the facilities of prioritisation of cyclists on the commuter route. The car arrived second, more than one minutes later than the bicycle. Although the driving time was equal, the car driver had difficulties finding a nearby parking spot and was then overtaken by the bicycle. Nearly 10 minutes later, the bus arrived. However, the passenger had plenty of opportunities to make good use of this time: catching up on that morning’s news on the monitors in the bus, checking his emails on his phone or reading the newspaper distributed on the bus. Moreover, the bus passenger emitted approximately 35 percent less CO2 than the car driver. The bike beat all of them of course. The cyclist did not only emit less CO2 than the bus passenger, he also spent far less money than the other two participants and got his daily work-out covered. And yet – he was still the first to arrive! 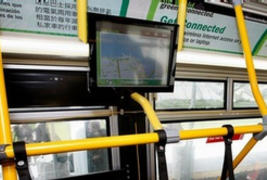