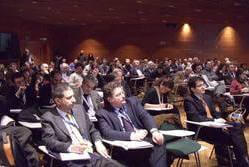 The city of Bologna hosted the 10th National Conference on Mobility Management, in February. The conference was successful in terms of the number of participants, with 170 people in attendance and regarding the important issues that were presented and outlined. The participants were highly qualified and included area and corporate mobility managers, mobility experts, transport companies managers and representatives of regional and local authorities.

The event gained international relevance as a result of the contribution of various European projects, such as CIVITAS, EPOMM PLUS and the Intelligent Energy Europe programme. It also provided the local partners of Bologna with the opportunity to describe and promote the CIVITAS MIMOSA project.Even though it was an Italian event there a distinct European flavour, with speakers such as Ms Anne Houtman, Director of Internal Market and Sustainability, Directorate General for Energy and Transport, European Commission, who illustrated the Urban Sustainable Mobility Action Plan. Mr. Karl Posch, Coordinator of the Project EPOMM PLUS and MAX, spoke about the European networks of mobility management, MAX, EPOMM and EPOMM PLUS, while Mr Fabio Cartolano, Municipality of Bologna, discussed the CIVITAS MIMOSA project.During the conference, the awards ceremony for the “Thoughts and pedals”, competition took place. The competition was organised in cooperation with the Italian Federation of Cyclists, with the prize awarded to those from the world of entertainment, culture and journalism who attracted publicity for the use of bicycles. Mr Bruno Pizzul, one of the most important Italian football speakers was given the award for his constant use of the bicycle.The event was organised by Euromobility (the National Association of Mobility Managers) in co-operation with the Municipality of Bologna and Emilia Romagna Region, under the auspices of the Italian Ministry of the Environment. Further info and details are described in the attached report. 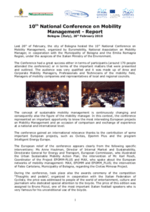 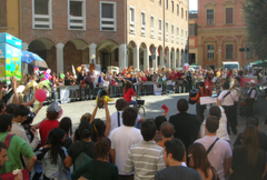